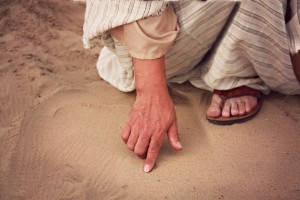 A man who did not begin his life as a Christian is today appreciated for his understanding and teaching of “mere Christianity.” C.S. Lewis brought together what he saw as the fundamental truths of Christianity. He rejected the boundaries that divide Christianity’s many denominations and found a common ground on which all of those who have Christian faith can stand together. C.S. Lewis makes a powerful case for the behavior and personality of a Christian.

There is common ground that all believers in Jesus Christ can stand on concerning the Christian life of purity. For this reason, I quote C.S. Lewis in my book, The Failure of Sex Education in the Church: Mistaken Identity, Compromised Purity. But, there was space for only so much of Lewis in the book. Here is more. Lewis writes:

“Chastity is the most unpopular of the Christian virtues. There is no getting away from it: the old Christian rule is, ‘Either marriage, with complete faithfulness to your partner, or else total abstinence.’ Now this is so difficult and so contrary to our instincts, that obviously either Christianity is wrong or our sexual instinct, as it now is, has gone wrong. One of the other. Of course, being a Christian, I think it is the instinct which has gone wrong. But I have other reasons for thinking so.”

APPETITE FOR FOOD AND SEX
“The biological purpose of sex is children,” writes Lewis, “just as the biological purpose of eating is to repair the body. Now if we eat whenever we feel inclined and just as much as we want, it is quite true that most of us will eat too much: but not terrifically too much. One man may eat enough for two, but he does not eat enough for ten. The appetite goes a little beyond its biological purpose, but not enormously. But if a healthy young man indulged his sexual appetite whenever he felt inclined, and if each act produced a baby, then in ten years he might easily populate a small village. This appetite is in ludicrous and preposterous excess of its function.

“You find very few people who want to eat things that really are not food or to do other things with food instead of eating it. In other words, perversions of the food appetite are rare. But perversions of the sex instinct are numerous, hard to cure, and frightful. I am sorry to have to go into all these details, but I must. The reason why I must is that you and I, for the last twenty years [or, in our case, the last fifty years or more], have been fed all day long on good solid lies about sex. We have been told, till one is sick of hearing it, that sexual desire is in the same state as any of our other natural desires and that if only we abandon the silly old Victorian idea of hushing it up, everything in the garden will be lovely. It is not true. The moment you look at the facts, and away from the propaganda, you see that it is not.”

SEX CHATTER ALL DAY LONG
“They tell you sex has become a mess because it was hushed up,” writes Lewis. “But for the last twenty years [fifty years for us moderns] it has not been hushed up. It has been chattered about all day long. Yet it is still in a mess. If hushing up had been the cause of the trouble, ventilation would have set it right. But it has not. I think it is the other way round. I think the human race originally hushed it up because it had become such a mess. Modern people are always saying, ‘Sex is nothing to be ashamed of.’ They may mean two things. They may mean ‘There is nothing to be ashamed of in the fact that the human race reproduces itself in a certain way, nor in the fact that it gives pleasure.’ If they mean that, they are right. Christianity says the same.

“Before we can be cured we must want to be cured . . . A famous Christian long ago told us that when he was a young man he prayed constantly for chastity; but years later he realized that while his lips had been saying, ‘Oh Lord, make me chaste,’ his heart had been secretly adding, ‘But please don’t do it just yet.’”

THERE IS ALWAYS HOPE
Lewis recognizes that purity is difficult for us to desire, let alone achieve. But there is hope. There is always hope!

“In the first place our warped natures, the devils who tempt us, and all the contemporary propaganda for lust, combine to make us feel that the desires we are resisting are so ‘natural,’ so ‘healthy,’ and so reasonable, that it is almost perverse and abnormal to resist them. Poster after poster, film after film novel after novel, associate the idea of sexual indulgence with the ideas of health, normality, youth, frankness, and good humour. Now this association is a lie. Like all powerful lies, it is based on a truth—the truth . . . that sex in itself (apart from the excesses and obsessions that have grown round it) is ‘normal’ and ‘healthy,’ and all the rest of it. The lie consists in the suggestion that any sexual act to which you are tempted at the moment is also healthy and normal . . . [T]his is nonsense . . . For any happiness, even in this world, quite a lot of restraint is going to be necessary. . ..

“In the second place, many people are deterred from seriously attempting Christian chastity because they think (before trying) that it is impossible. But when a thing has to be attempted, one must never think about possibility or impossibility . . . [I]n war, in mountain climbing, in learning to skate, or swim, or ride a bicycle, even in fastening a stiff collar with cold fingers, people quite often do what seemed impossible before they did it . . . [P]erfect chastity—like perfect character—will not be attained by any merely human efforts. You must ask for God’s help . . . [and] after each failure, ask for forgiveness . . . and try again.”

There is hope. There is always hope. C.S. Lewis writes, “Very often what God first helps us towards is not the virtue itself but just this power of always trying again. For however important chastity . . . may be, this process trains us in habits of the soul which are more important still. It cures our illusions about ourselves and teaches us to depend on God. We learn, on the one hand, that we cannot trust ourselves even in our best moments, and, on the other hand, that we need not despair even in our worst, for our failures are forgiven.”

This is why, in The Failure of Sex Education in the Church: Mistaken Identity, Compromised Purity, I continually point to our true identity as sons and daughters of God through the redeeming work of Jesus Christ. God does not say: Be sexual for I am sexual. God says, “Be holy, for I the Lord your God am holy.” We become holy in the eyes of God when wearing Christ’s robe of righteousness. That robe changes our attitude and behavior. The only fatal thing, then, is to shed that robe and be content with anything less than Christ. 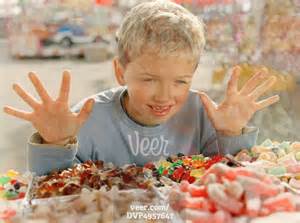 Male and female do have a “sexual” side that includes more than sexual organs but also desires and feelings.  With that in mind, shouldn’t we help our children become acquainted with that part of themselves?

We have sexual organs, feelings, and desires for a special purpose, but little boys and girls are not interested in or ready for that special purpose.  Children cannot be lovers and marry but they can be friends.  They can work and play together.  Not until they are mature should they think about relating to one another as lovers.  A Christian parent or teacher should not stir up ideas of sexual love because, in God’s world, sexual love leads to the establishment of the home into which new life comes.  No child is ready for this privilege and responsibility.

Children need the discerning wisdom of parents who trust God’s Word more than voices of the world.  Christian parents are well acquainted with sin.  We are born in sin.  We battle sin daily; therefore, in a highly sexualized culture, it is not helpful to give detailed sexual information to adolescents who are just beginning to experience new emotions and thoughts about themselves but who do not have the ability to discern the proper use of that information.

Imagine if we described to a child the most delicious candy he could ever want.  We walk with that child by the candy store to look in the window, but tell him he must not go in.  We promise him that the day will come when he can enter the store and enjoy some of the candy he sees on display.  We talk with him about the candy all the way home.  During the week, we ask him if he has any questions about candy.  What desire have we stirred in him?  What will he think of candy?  Will he be curious about candy and desire a taste right now?

Our sinful human flesh too easily desires what it should not have.  Our flesh, like human instinct, cannot be trusted.  Obeying human instinct is like obeying people.  But people, with all kinds of opinions, tell us different things.  So do our instincts.  In The Abolition of Man, C.S. Lewis reminds us that our instincts are at war; each instinct, if we listen to it, will claim to be gratified at the expense of the rest.  So it is with our flesh.  Our flesh carries the sin inherited from our first parents.  Our sinful human flesh is fickle, selfish and easily deceived.  Better than helping young people be at ease with their flesh is helping them to stand guard.

In Gethsemane, Jesus knew His disciples would intend to be faithful.  Nevertheless, He said, “Watch and pray that you  may not enter into temptation.  The spirit indeed is willing, but the flesh is weak” (Matt. 26:41).  For this reason, the faithful parent or instructive adult begins early to teach a child their identity and purpose in Christ, explain the order of God’s creation, and set boundaries for behavior.  God’s Word teaches self-control.  Parents need to help children practice self-control even as they model it themselves.  We are like athletes in training, but our prize is not perishable (1 Co. 9:25-26; 1 Tim. 4:7-12).

From The Failure of Sex Education in the Church:
Mistaken Identity, Compromised Purity (pp. 9-98)
by Linda Bartlett (Amazon) 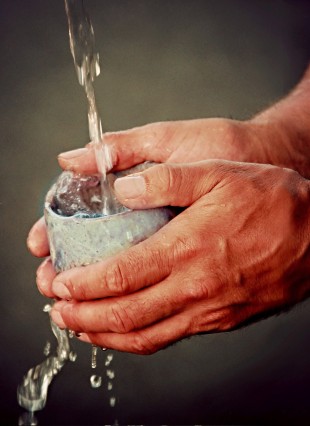 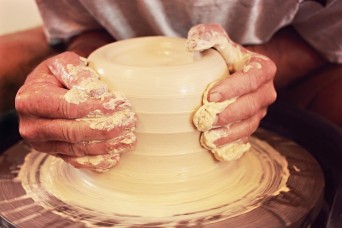 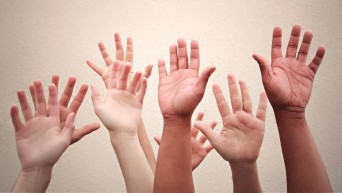