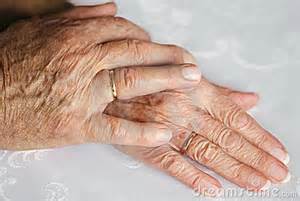 We are witnessing the deconstruction of marriage. But, how did it happen and why? Can we place the blame on those who advocate same-sex “marriage”? Are they the only ones chipping away at the institution of marriage?

Long before society began to tolerate the “marriage” of two men or two women, it accepted cohabitation, adultery, and no-fault divorce. It accepted the lie that we are, first and foremost, sexual beings who have the “right” to love, be loved, and have our needs met. Society, however, would not be left in such darkness if we in the Church had trusted the Light and resisted the sexualization of marriage.

What does this mean? In 1961, Mary Calderone, the co-founder of SIECUS (Sex Information and Education Council of the U.S.) and former medical director of Planned Parenthood, lectured on the role of churches in sex education to 500 delegates from 38 Protestant denominations. Calderone worked her way into churches and homes because she feared that parents did a poor job of teaching their children about “sexuality.” She wanted parents to teach children the “yeses” of sex instead of so many “thou shalt nots.” She wanted boundaries and inhibitions removed. Calderone wanted children to experience the “wow” factor of sex. There were those in the Church who embraced this thinking. It was their hope that talking about sex with children beginning at an early age would help boys and girls grow up to be husbands and wives who would experience the “wow” factor of sex.

And so, for half a century and from kindergarten on, children hear: “God created sex to be beautiful within marriage.” “Sex in marriage is the best thing ever.” “Sex is worth waiting for.” “Sex within marriage is when we are the closest to God.” “Sex is so amazing, my dear child, that we are going to talk about it a lot.”

Because sin permeates all relationships, including marriage, is it possible that years of fantasizing on the ecstasy of sex might have an impact on a husband and wife? Might sexual expectations be so high that when marriage is put to the everyday challenges of real life, husbands and wives are disappointed? Might they be so disappointed that they are tempted to believe that sex with someone else might be better, maybe even with someone of the same gender who might better understand their partner’s needs?
Has marriage been sexualized?

Consider the husband and wife who desire to bring new life into the world, but are barren. Rebecca Mayes writes, “One of the aspects of barrenness that is so awkward is the fact that the ‘success’ of your marital relations (more modernly called your ‘sex life’) with your spouse is often scrutinized by those around you, either privately in their own minds, or quite publicly to your face. The joining of two fleshes into one in the bonds of holy matrimony used to be treated with such modesty and respect. No one would dare ask you whether you’re ‘doing it’ right or if you’ve tried such-and-such a method. But the sexual revolution has changed all that, and in numerous Christian publications we read that the act is a beautiful, natural part of marriage and there’s nothing to be embarrassed about. We should celebrate our ‘gift of sexuality’ and teach children in our Church all they need to know to be prepared for utilizing this ‘gift.’ But is this what the Bible says? When we blush at the questions about what’s wrong with our reproductive organs, is that for a good reason, or are we just prudes?” (He Remembers the Barren, 6-15-2014)

Sex matters, but marriage matters more. Some pastors take care during pre-marital instruction not to overemphasize sexuality because they believe that it could threaten the hierarchy of values in marriage and assume too predominant a place in terms of producing a well-grounded and joyful marriage. The “wow” factor of sex can be wonderful, but it is the friendship, trusted companionship, communication, and agape love of a husband and wife that carries them through good times and bad, sickness and health. With an identity that is primarily “sexual,” we are limited in the ways we can serve others. Not so with our holy identity; for indeed, when we see ourselves as “uncommon” and set apart for use not just by anyone but by God, our opportunities to serve are multiplied.

Instead of detailed sex talk, parents do better—with the support of the Church—to help boys understand the vocation of manhood and girls to understand the vocation of womanhood. Boys need to know how they, as the stewards and defenders of life, should regard women, most especially their someday wives. Girls need to know how they, as the co-stewards and nurturers of life, should regard men, most especially their someday husbands. Parents go a long way in preparing sons and daughters for marriage by mentoring respect, patience, selflessness, and forgiveness. Parents also do well in preparing young men and women for the realities of married life. Because of the Fall, marriage is hard work. It requires appreciation of our differences as male and female, the commitment to work together, trust, friendship, and more agape than eros love. Marriage can be a beautiful relationship, not just because of the sexual union, but sometimes even in spite of it.

It is God’s design that the marital union of man and woman become the nest for new life; the foundation for home and family. Sin has distorted God’s perfect design but, even in disappointment and difficulty, a faithful marriage is the bedrock of a finely-tuned and healthy society. Marriage is the amazing teamwork of male and female; indeed, the two eyes of the human race. Both eyes are needed for a proper perspective on all matters of life.  Biblical marriage is the only pairing that allows a man formed from the dust of the ground to welcome the help of a woman made from his rib. The world is better for it.

Intimacy in marriage is not all about the sexual act. It is the most perfect trust, companionship and loving faithfulness this side of heaven. It is the unity of two spirits in this life—male and female, each encouraging the other to journey well to a sure and certain destination.

Linda Bartlett strives to help mentor
biblical womanhood through Titus 2 for Life .
She is the author of The Failure of Sex Education in the Church:
Mistaken Identity, Compromised Purity (Amazon.com)
Visit: Our Identity Matters
Photo credit: dreamstime.com